The Case of Electric Scooters in Richmond, Virginia 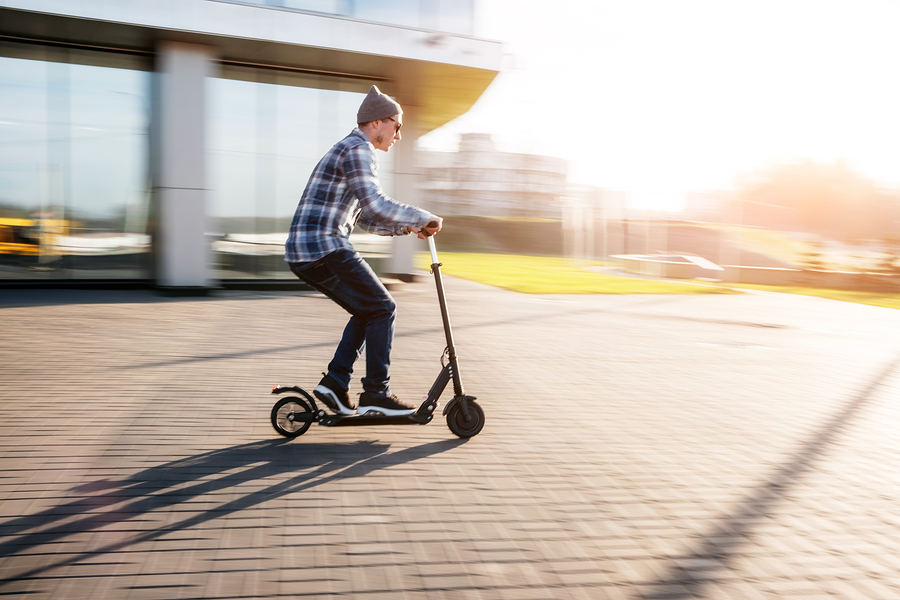 In cities all around the world, dockless electric scooters have been popping up left and right. These sharable electric scooters, most commonly operated by companies such as Bird, Lime, and Skipper, can be found all around cities, accessible by any individual via a smartphone application. For some, they are annoying and impede foot traffic. For others, they are a convenient and effective way to commute to work. But for a growing number of individuals, dockless electric scooters are nothing but dangerous. With more accidents happening each day, cities everywhere are becoming increasingly resistant and are passing laws to limit the dockless scooter programs.

While more and more people seem to be enjoying these mobile vehicles, The City of Richmond is currently in the process of reaching an agreement with scooter companies like Bird and Lime to determine the fate of dockless electric scooters in our City.

In August of 2018, electric scooters began popping up all around the City, seemingly overnight. The City immediately saw that while these scooters certainly have the potential for growth within Richmond, they may pose a threat to the safety of city residents if left unregulated. Soon after, Mayor Levar Stoney and the City of Richmond sent a cease and desist letter to Bird to stop the scooter company from continuing operations in Richmond due to concerns about public safety. The scooters continued popping up throughout the area even after several of the mobile vehicles were impounded. An agreement still has yet to be reached and the back-and-forth has been going on for months.

In the fall of 2018, Mayor Stoney proposed a one-year pilot program for the scooter companies to operate legally within Richmond. The proposal included implementing a tier-based fee structure, sunrise to sunset hours of operation and a 10 mph speed limit. These ideas have been met with disdain from the vehicle companies and the agreement is still undecided at this point.

Richmond isn’t the first city to have this type of standoff with rideshare companies. In late 2017, city officials in Santa Monica, California became so frustrated with the lack of cooperation that they issued an eight-count misdemeanor criminal complaint against Bird, alleging that they were violating city regulations for business licenses and vendor permits.

Operating a scooter is by no means any safer than operating any other motorized vehicle. In fact, many riders do not wear a helmet or any other protective gear, adding to their risk of injury. These scooters can reach speeds of 15 miles per hour and can give riders a false sense of safety. Since first popping up this past summer, the scooters have been connected to countless accidents and even two recent deaths.

While there are no concrete numbers on just how many people have been injured in total, the number of hospital visits as a result of scooter accidents has skyrocketed in the past year. Some hospitals report seeing an incredibly large uptake in hospital visits as a result of the scooters, one even estimated an increase of 161%. Many of the hospital visits attributable to electronic scooters involve injuries to the wrists, elbows, knees, ankles and even the head and brain in some more severe cases. In many incidents, riders experience vehicle malfunction in the form of inoperable brakes or a sticky accelerator.

What If I’m Injured?

When riders engage with any of these electronic scooters, they must first agree to the terms of use. Both Bird and Lime, the two largest of the e-scooter companies, require consumers to agree to terms which include "binding arbitration." By only permitting claims to go through the arbitration process, the companies control the claims process by denying access to our Court system in the event of rider injury.

Since these scooters have only been around for a little more than a year, there have yet to be any widespread legislative measures to regulate them. There has not been any previous litigation or action taken against the companies. Currently, nine individuals have filed a class-action lawsuit against Bird Rides, Inc. and Lime as well as their scooter manufacturers, Segway and Xiaomi Corp. In their complaint, lawyers argue that the companies are guilty of gross negligence after knowingly deploying dangerous scooters throughout the country. They argue that these companies sacrifice rider safety in order to make a profit.

If you have been injured by a dockless vehicle, contact the experienced team of personal injury attorneys at Alexander Law Group, PLC. Our team will listen to your story and work to help you navigate your claim and get the compensation you are entitled to. We can easily be reached via telephone at (804) 271-1969.